So the plane I fly most of the time is what’s known in the aviation world as, um, “slow”. Lightweight, responsive as fighter jet, plenty of cargo room, but slow. 110 knots (~125mph) is about the top speed you can run it at for a long trip. Still, since you don’t have to follow roads, you can get somewhere in about 1/2 the time as you would in a car. Which is nice.

However, 110 airspeed could mean a lot of things in terms of ground speed.  With a strong enough headwind, you can even fly backwards!

In the red circle, there is the GPS track. This is the direction that the GPS is tracking the plane. It clearly has a southerly route at a leisurely 5 knots. While the plane is flying forward through the air, the air is fast enough that I am actually flying backwards over the ground.

Anyway, the fastest submitted ground speed (at http://GroundSpeedRecords.com) for this particular type of plane was 155 knots. We went up today to beat that record.

Here’s a shot of us at 161 knots over the ground. We were cruising along at about 115 knots through the air.

Who was I flying with? Well my flight instructor! Someone had to hold the controls while I took pictures! 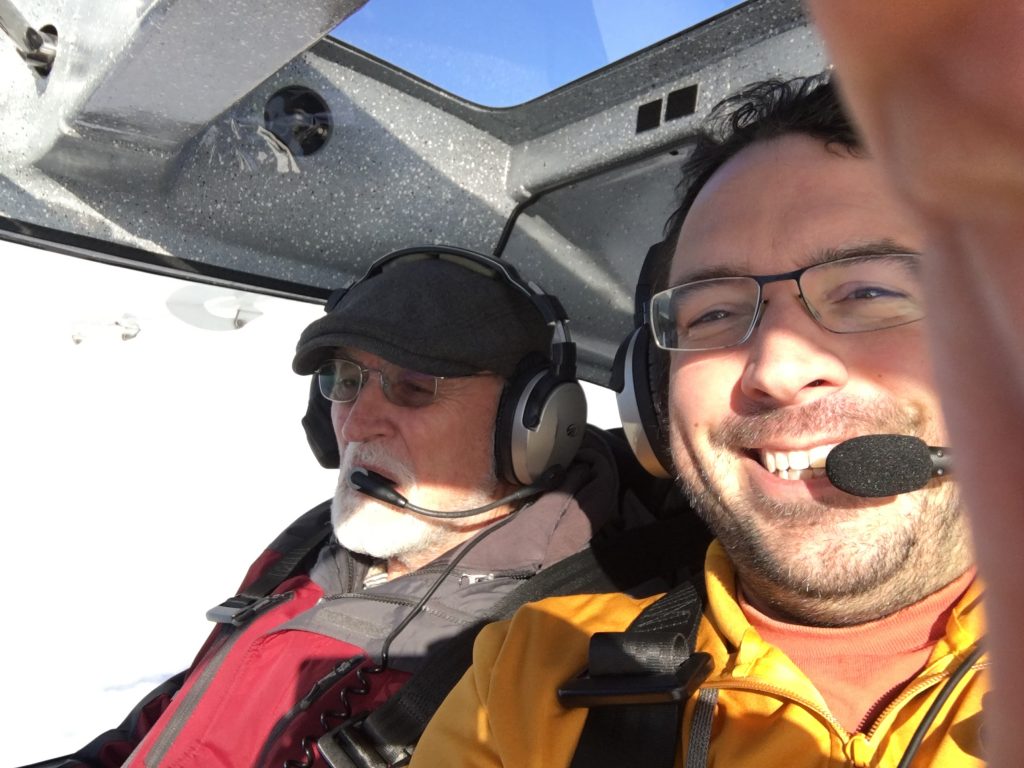