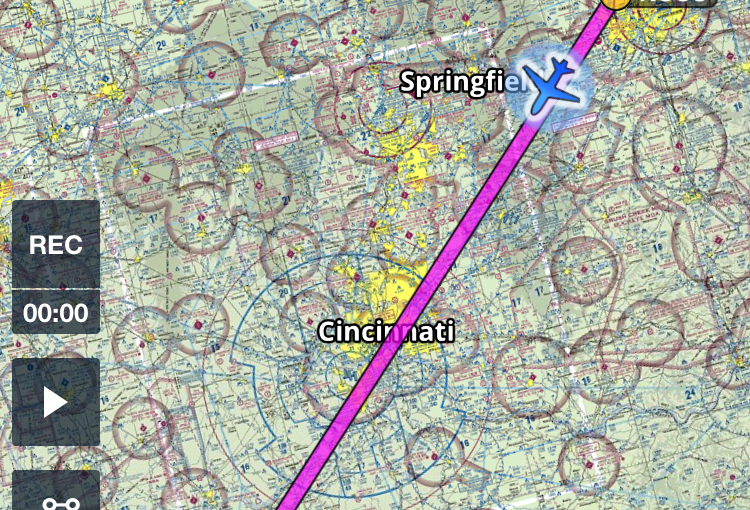 My brother lives in Louisville, KY and I’ve been intending on making the flight down there at some point. We had a wind from the SW so the trip down took about an hour and fifty minutes. The return trip was brisk though at only about an hour fifteen.

I’ve never actually had an opportunity or reason to cut through some Class-B airspace (the blue rings around Cincinnati) so this was a first for me. As it turned out, it was also completely non-eventful. Cleared through, minor vector’s around the actual airport but no major re-directs.

After landing, it was a nice lunch with brother at the local BBQ smokehouse. Then a quick trip back to Columbus with my first real tailwind I’ve ever had on a cross-country flight.