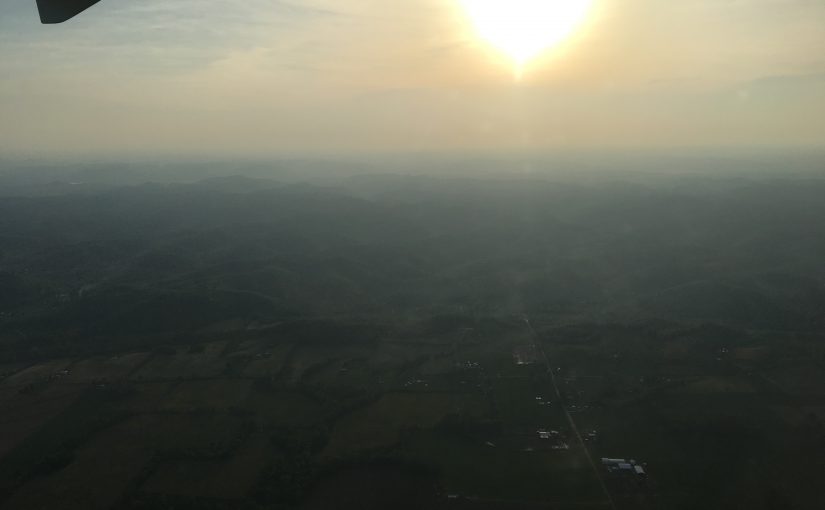 I’ve got a Private Pilot License which allows me to fly just about anything, anywhere, at any time. But a lot of pilots call the PPL only half of the license because the major restriction is that you must always remain clear of clouds. That means that a pilot is often grounded when he doesn’t want to be.

The instrument rating is a rating added to your license that allows you to fly under Instrument Flight Rules and therefore fly through clouds. But there’s a lot of flying that has to be done first before you can take your Instrument test:

The first two are complete or nearly so. The last two are easy enough to knock out with an instructor when I get close to the exam time. It’s the middle requirement that takes a lot of time & money.

40 hours of time is as much as you need for the entire Private Pilot License, and this rating needs another 40 of actual instrument time or simulated instrument time. Actual instrument time is time spent in clouds. Since I’m not allowed to do that yet, I would need to pay for an instructor to go up with me for all those hours. Simulated time means wearing some “foggles” that attempt to limit your vision to only inside the airplane. You don’t need an instructor for simulated time, but you do need another licensed pilot to act as a safety pilot while you are wearing your blinders.

So I’ve found a new friend & safety pilot to fly with lately and we’ve been taking short flights to build the Sim time. I fly with the foggles on the way out, and he flys with them on the way back. For a 1 hour destination, we each get about an hour of Sim time, an hour of cross-country time, and due to some weird glitch in the FAA matrix, we get to double-up on Pilot-in-Command time while someone is wearing the foggles.

This trip we went down to Portsmouth, Ohio (KPMH). It was my first time flying due South and it was kind of nice to see something a little different than endless Ohio farmland.

But we did also see plenty of farmland too of course:

And on departure we did something a little different than we normally do, we flew under the Columbus class C shelf at a little under 2,000 feet.

At that altitude we were actually dodging radio towers.

It was a good flight and it’s always nice to see a new airport. Looking forward to returning to Portsmouth again!