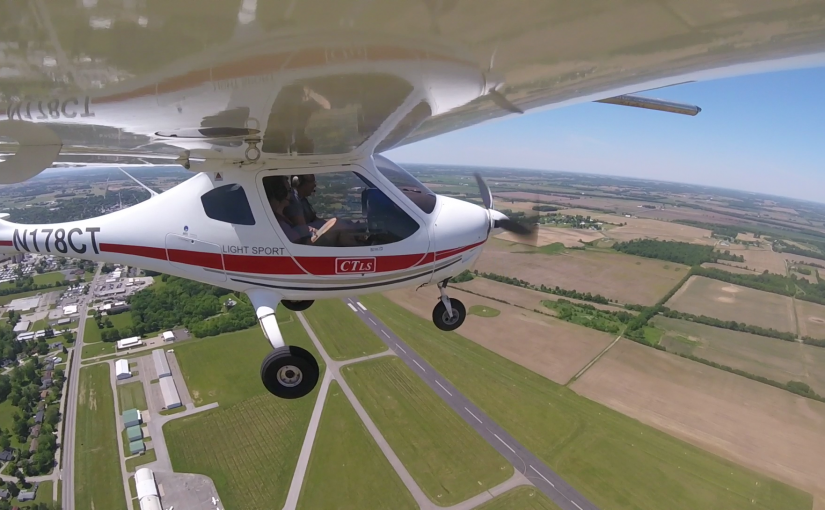 Took my friend Ezra out for lunch at a local airport diner. Ezra has flown with me a few times before so this was nothing new. But it was a little windier than normal and I had him do most of the flying between OSU and Grimes-Urbana so we weren’t as stable we might have been.

This left him with a queasy stomach as we came in to land for lunch.

Still, lunch was had, or a late breakfast anyway.

We decided that with the brisk winds and the queasy stomach, that it might be better if I did all the flying back to OSU. We had a nice tailwind coming back so the trip was a few minutes shorter, unfortunately, as you’ll see in a moment, it was not quite short enough…

Here’s a great shot of KOSU and the plane in the pattern to land.

Here is a video of my landing.