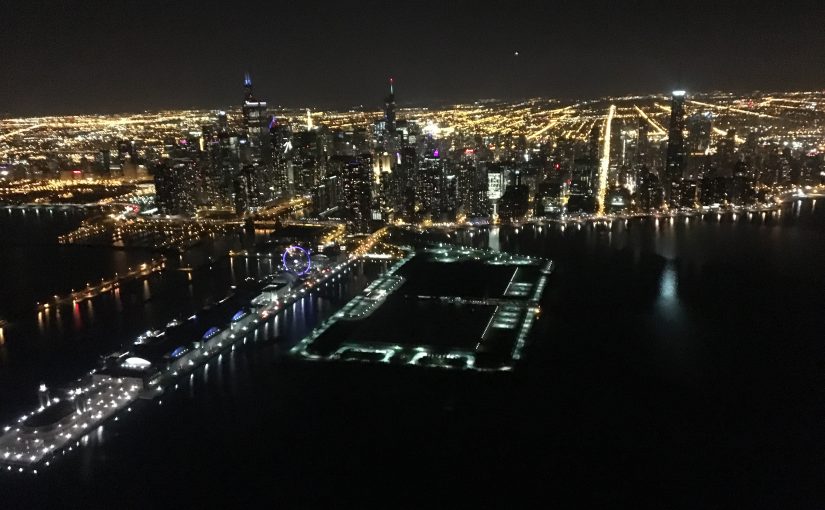 After the baby baptism my intention was to stay the rest of that day and take off the next morning but weather was getting in the way. I had clear weather that afternoon (albeit a bit windy) but it was potentially going to be cloudy the next day. That would have potentially stranded me for a few days. Between having good weather for sure and chancing it 18 hours later, I took off that afternoon.

A little later, I followed a section of the Wisconsin River

Then Madison. It was tough to get a decent picture or even a half-decent picture as the light began to get a little dimmer. Here’s the best I managed.

I had to stop for fuel as it got darker and made a pit-stop at KENW. Then it was time for one of the reasons for the trip in general: The fly-by of Chicago at night. As I discussed briefly in a previous post, to stay out of Chicago’s airspace, you need to fly low and over the water. If you don’t, you risk having Air Traffic Control vector you half-way across America to keep you out of the way.

The remainder of the flight was quiet and smooth as I flew over Indiana and Ohio farmland before arriving at my home airport.

After getting a strong head-wind the entire flight back, it felt great to get out of the airplane and stretch my legs.