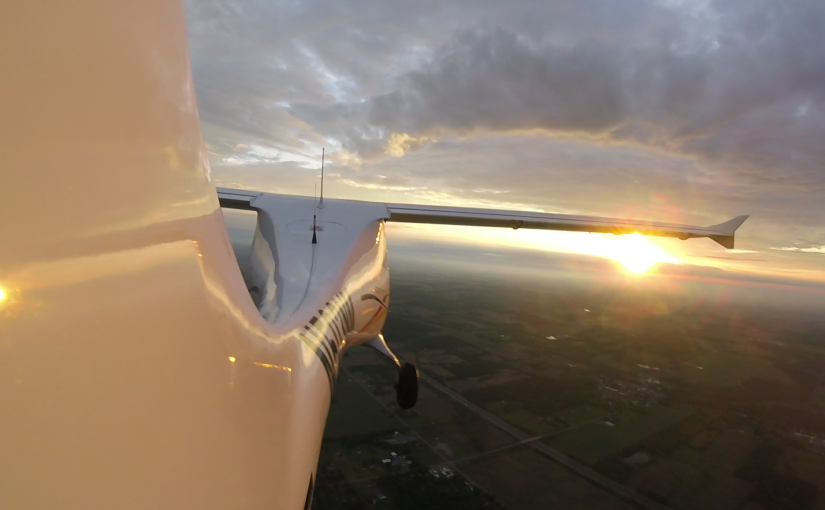 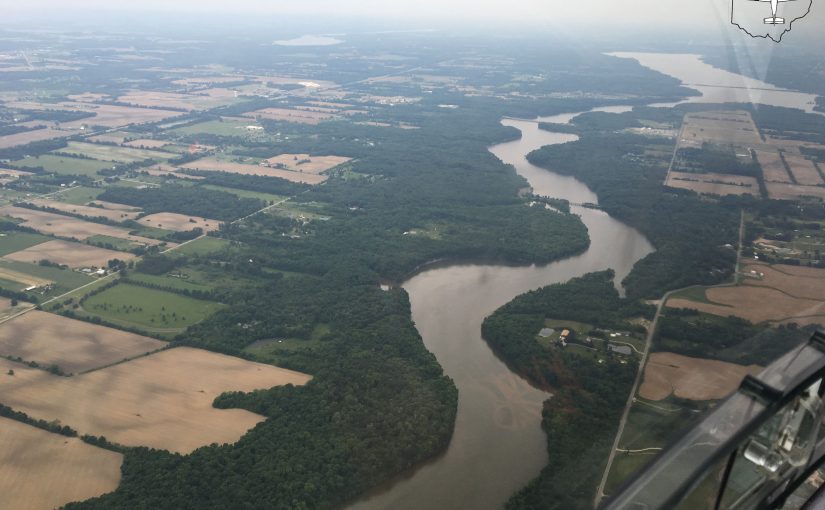 This was a picture I took on the way back from my private pilot checkride today. What’s that mean? It means I’m officially a licensed pilot. Not a student pilot with some solo privileges. For any non-pilots reading this, you probably don’t care about the checkride so this is a shot of Alum Creek from the north. You’re looking at the creek part of Alum Creek close to me, and also the lake part of Alum Creek off further in the distance which most people in Columbus are more familiar with.

In the gallery of photos below, I also have a picture of a rainstorm as I skirted around it as well as a few more shots of Alum Creek (lake-part).

For any pilots reading this, the checkride was very much the most nervous test-taking environment since I took the Bar Exam. My examiner kept things relatively conversational and easy-going, but honestly I don’t think my muscles have been so tight since the first time I solo-landed an airplane.

We had to dodge a little weather and I had to dodge a bit on the way home, so here’s a few pictures of the rain cloud and the only good shot I could get between the way up and the way back.