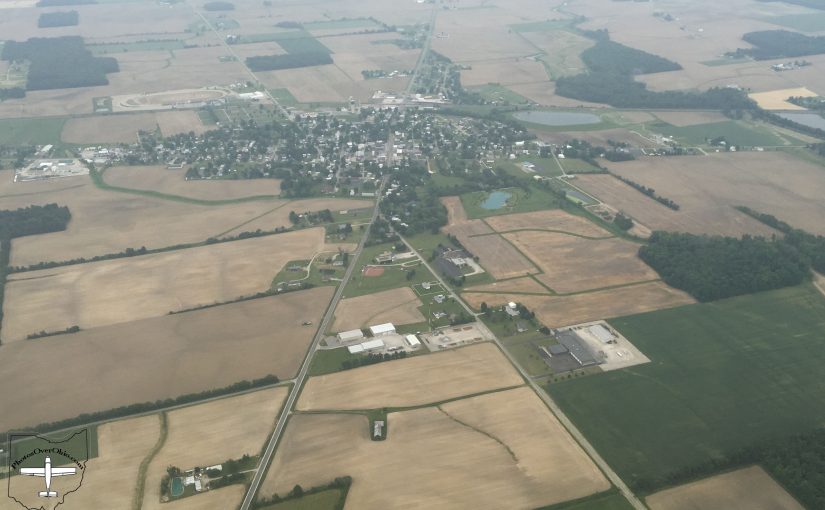 Flew over Attica, Ohio the other day returning from the lake. It’s got a special place in my heart for being one of the most ruthless speed traps for traffic between Columbus and Lake Erie. Feels good to swing by at a blistering 105 knots.

But it’s a nice looking small town from about 2,000 feet I wish I was able to get a better picture but the weather just wasn’t that great. I’m sure I’ll get another chance because I don’t intend to drive that route ever again if at all possible. 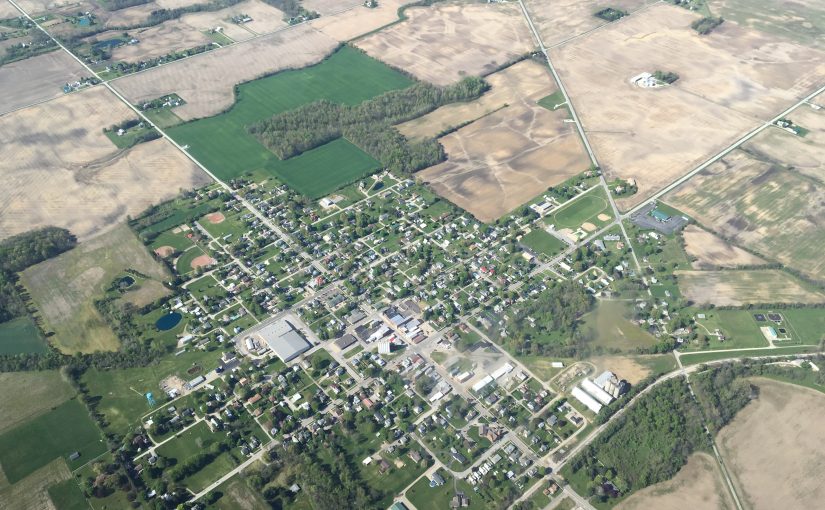 A lot of small towns that I see are located next to something of economic value. I couldn’t find a thing with Sycamore. No river, no lake, no quarry or visible mine. Probably a true Midwest farm town. And let me tell you, if you’re not familiar with this area of Ohio, you will never accidentally go to Sycamore. There are no main highways leading to or from any of the Three C’s or even Toledo or Dayton from here. You’re more likely to get stuck behind a tractor than a tractor-trailer. I wonder if their high school football team is any good. 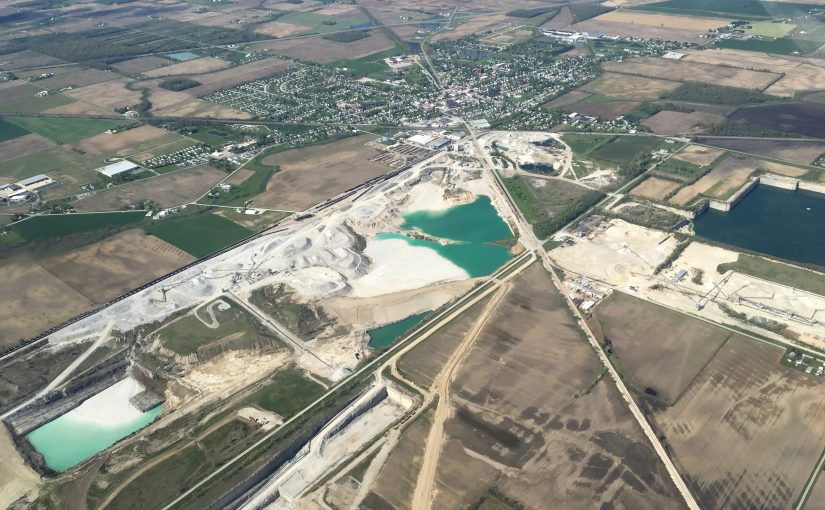 Until I started flying, I never knew how many quarries there were in Ohio. They seem to be everywhere! From about 3,000 ft., they are gorgeous. This is Carey, Ohio. Population of about 3,600 in 2010 and this quarry outside of town is one of the larger ones I’ve flown over to date. It’s about halfway between Columbus and Toledo as the plane flies, but you probably wouldn’t ever see it driving unless you were headed there on purpose… which apparently a lot of people are, according to the all-knowing wikipedia: there is an annual gathering of Catholics, mainly from the Middle East, who come from around the country on the Feast of the Assumption of Mary. During this gathering, chanting can be heard even from across town, and thousands of people camp in public parks and empty lots to attend the religious procession. Interesting. 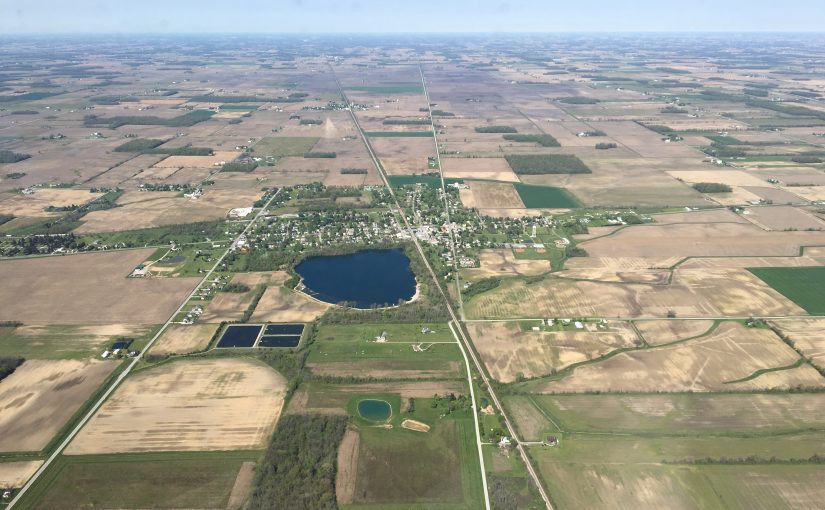 Nestled on the way from Findley, Ohio to Columbus is a small town called Dunkirk. 875 people lived in Dunkirk in 2010, although I’m curious if the surrounding farmers outside the village proper are counted because as you can see from the picture: farms extend as far as the eye can see. 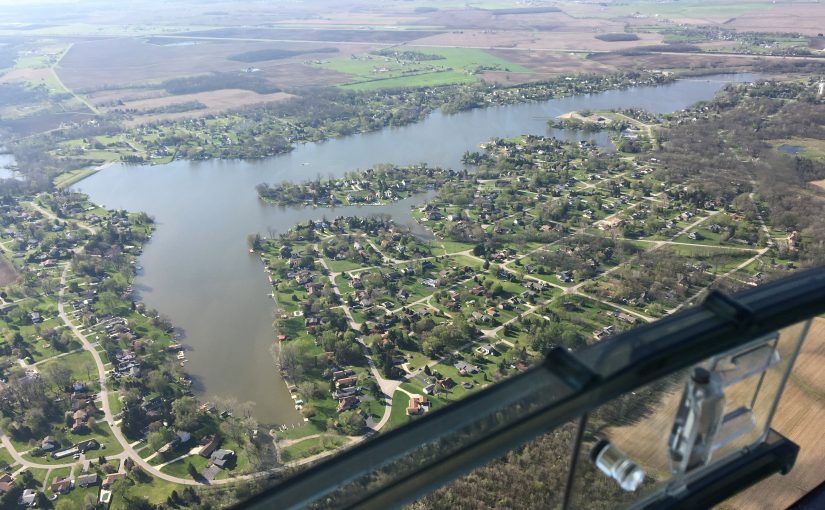 I have a colleague in my office who is building a home in the Lake Choctaw community so I offered to fly over and get a picture in. Madison County Airport (KUYF) is nearby so it gave me an opportunity to practice some touch & go’s while I was there.